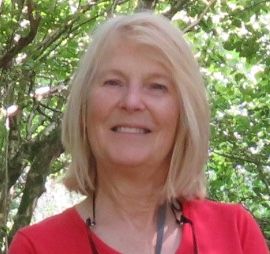 Batik has been a lifelong interest; from creating abstract pictures on cotton with Procion dyes, to depicting landscape subjects on silk using French steam-fixed dyes, and hand painting silk scarves. Barbara began working in batik during her college education in the early 70’s, and later sold through a Liverpool craft gallery. She received commissions for her abstract batiks on cotton, then later for her work on silk, joining art societies and exhibiting in various venues locally and nationally. She has been a member of the guild since it’s early days. For many years she has painted in other mediums but in 2020 returned to batik and felt the same creative joys in the process that she experienced at the beginning.

For her batiks on optical white silk, she first stretches the fabric on a frame. Hot wax resists the first pale Dupont dyes, then further wax applications and stronger dyes follow. When completed, she irons out some of the wax between paper then steams out the rest. Framing is done over gessoed canvas and the surface is protected from UV light. She also does batik on wet strength abaca paper, but these are not steamed and they are framed under glass. 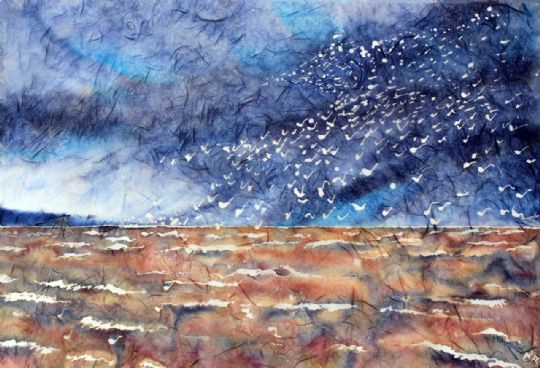 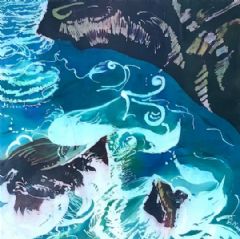 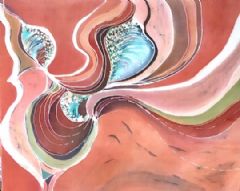