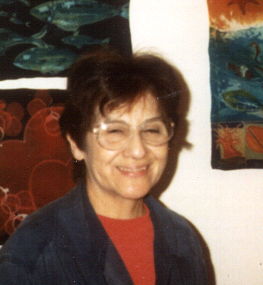 Anne Dye hails from South America but has lived in the Scottish Highlands since 1965. Much of her work is influenced by the scenery she sees every day.

Anne's interest in batik dates from a short crafts course for youth group leaders she attended in 1985 in Inverness. There were six craft 'taster' courses on offer, and although Anne tried all of them it was batik that really fascinated her. After a lot of experimentation at home, she attended a series of batik courses at West Dean College near Chichester, mostly led by Noel Dyrenforth, which introduced her to a whole range of resist techniques on cotton, silk and paper.

That was over twenty-five years ago, and Anne is still fascinated by the medium. She says that it is the unpredictability of the final result that is so intriguing, even on carefully planned pieces which is the way she tends to work. She prefers using cotton but also works on silk and paper from time to time.

Initially Anne worked at home, selling her work at craft fairs. She then rented a studio at Ariundle Centre in Strontian, Argyll, for over 13 years where visitors could watch her at work and could also join a one or two-day batik workshop. Anne thoroughly enjoyed running these workshops, especially the ones for beginners as their enthusiasm reminded her of the time she first 'discovered' batik herself.

Now retired, Anne has returned to doing batik at home and sells her work through galleries and some local venues. 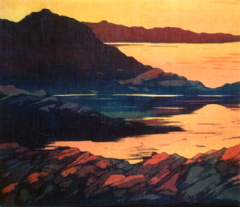 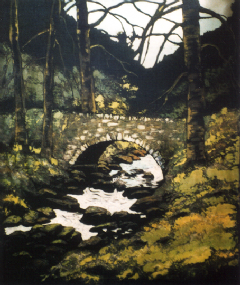 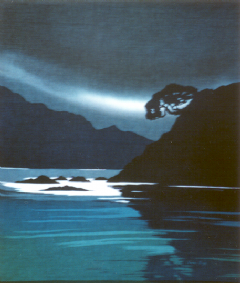 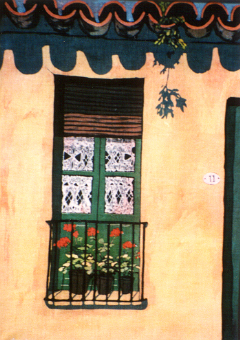 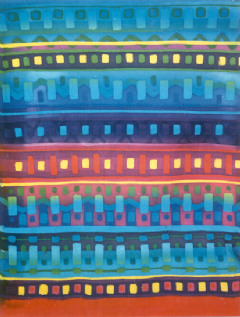